As you might have noticed all image galleries of this blog are meanwhile based on the Galleria.io framework.

Galleria.io is great because it is Free/Libre Software (MIT-licensed), simply does what it is supposed to do, and requires not yet another plugin for WordPress nor a database backend. It also supports mobile devices and its typical touch gestures. Furthermore it enables self-hosted galleries and does not require to rely on any cloud services where you might loose control on your data.

The only thing that I was missing was a straight forward way to automatically generate a gallery. Creating it by hand – as for example described in Galleria.io’s “Beginners Guide” – is time-consuming, cumbersome, and error-prone. So the overall idea was to create a ready-to-run Galleria.io gallery based on a given folder that contains just the image files by using a shell script.

In detail I wanted to have the following functionality:
END_OF_DOCUMENT_TOKEN_TO_BE_REPLACED

“Fishing under ice” at Saarijärvi in Vaala, Finland by Juuso Mettälä

Are you also one of those who is mournfully pretending that everything in the past has been better than nowadays or who cannot wait until time travel is finally more than fiction? Maybe these two photographic compilations that are approaching this subject in slightly different ways could be worth a click …

END_OF_DOCUMENT_TOKEN_TO_BE_REPLACED

As image processing and management software I am using Adobe Photoshop Lightroom (meanwhile in version 2.4, still looking for an adequate Open Source alternative).

One thing I like about Lightroom is the easy, fast and integrated way to create web galleries out of your photo collections. What I was missing so far was a way to link back from a certain flash web gallery to my gallery overview and to the main page of my blog.

END_OF_DOCUMENT_TOKEN_TO_BE_REPLACED

This is one of my first experiments in the field of tilt-shift photography. The expert eye will have recognized immediately that this seems to be a photo of a miniature model of Ålesund … actually it is not, it was just faked to look like one 😉

Better examples of this technique can be found at smashingmagazine.com. You can create your own tiltshift photographies at tiltshiftmaker.com.

END_OF_DOCUMENT_TOKEN_TO_BE_REPLACED 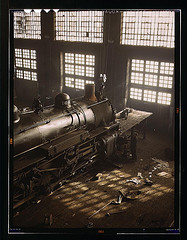 It is a pilot project of the U.S. Library of Congress. They digitized images from their collections that have no known copyright restrictions and uploaded them to flickr.com.